There has been a lot of news lately about the new leaving cert grading system and how it stacks up against the old system. Discussion was mostly speculation and theorizing, So I decided to do some analysis of the system myself.

The old system consisted of 14 bands to divide up the 0-100% scale the exams were marked on.

A students score is the sum of their top 6 subjects, with a maximum of 600*.

*There is an extra 25 points for taking higher level mathematics, but for simplicity i’m going to ignore this in the analysis

The new leaving cert grading system introduces a reworked and renamed set of grades, with a new points distribution over those bands.

A quick glance shows the new systems is more regular, with even 10% intervals, and lumps all the redundant zero bands together.

The most controversial change is the lowering of the fail grade from 40% to 30%, meaning you can get 70% of your exam incorrect and still be rewarded.

To dig deeper and get some real results from the data I decided to use the available statistics from previous leaving cert years to run a Monte Carlo simulation, re-binning the results into the new bands to get the new points

Using this data we can use cubic interpolation to derive a continuous function to describe the discrete input. 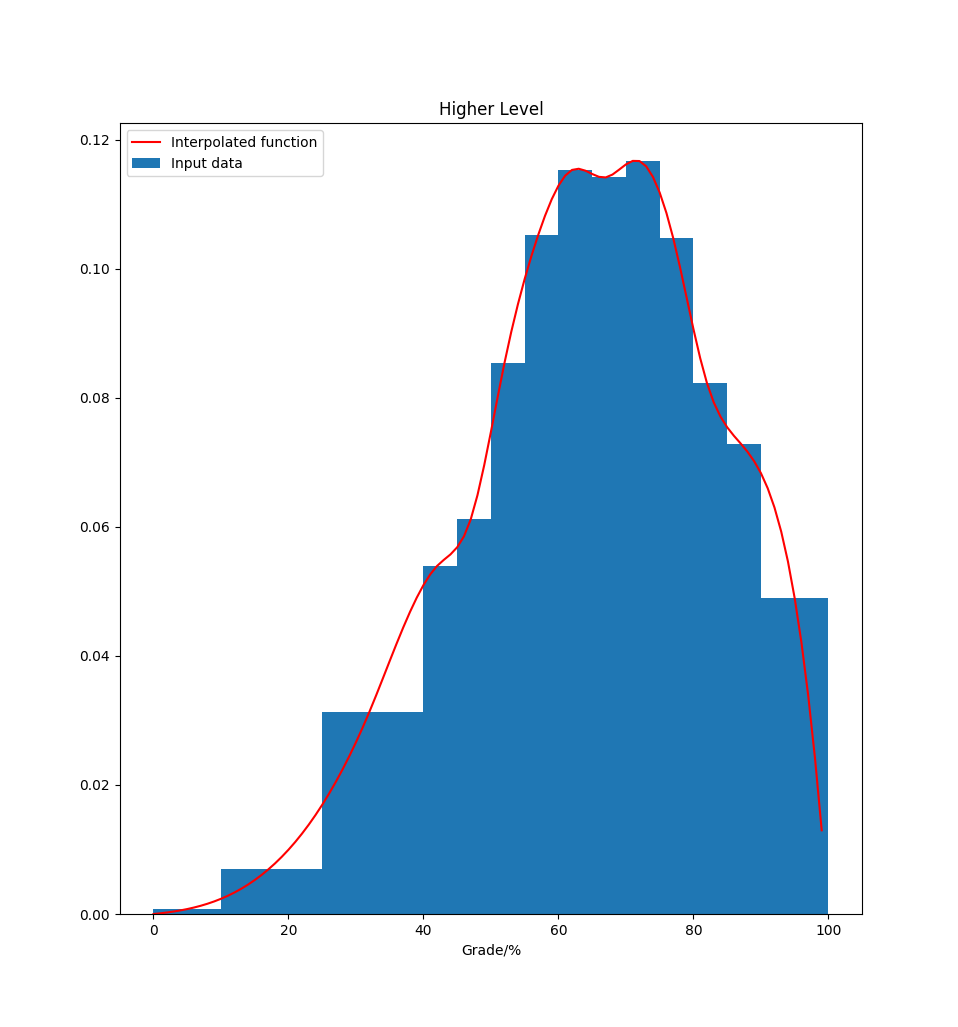 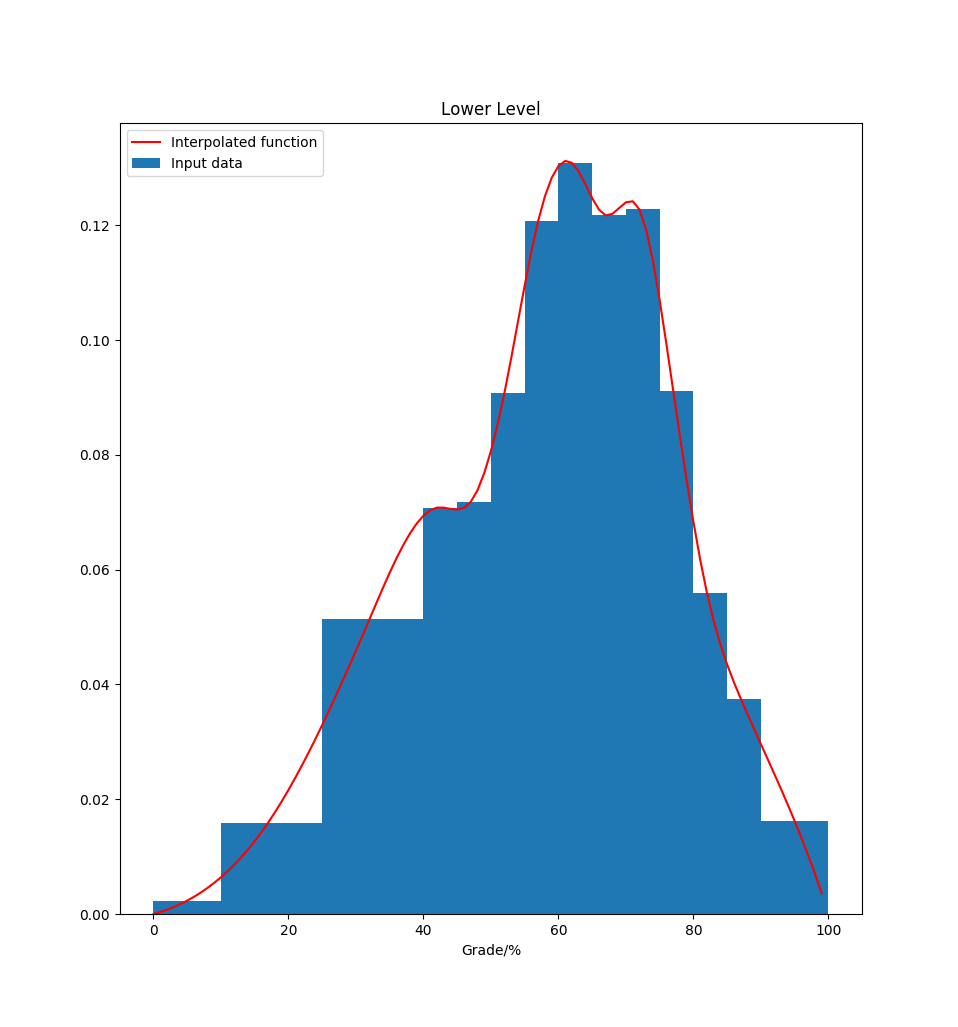 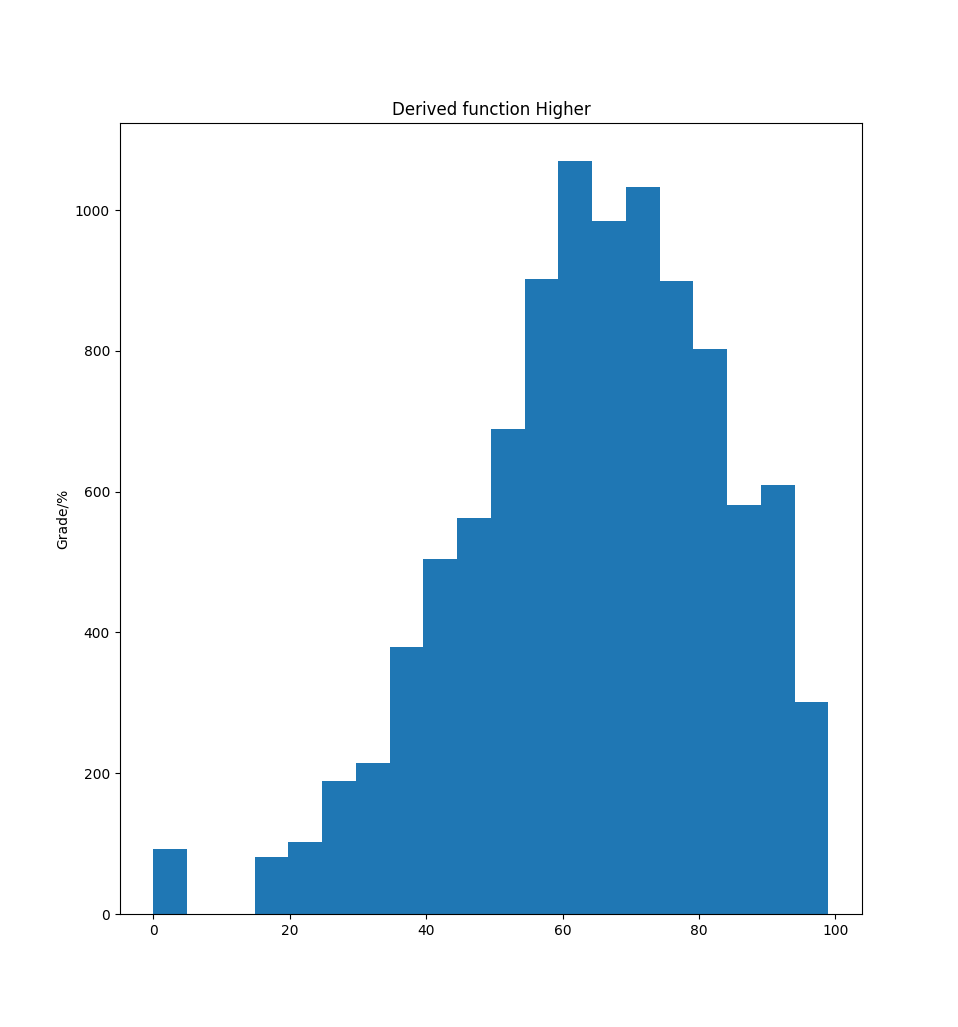 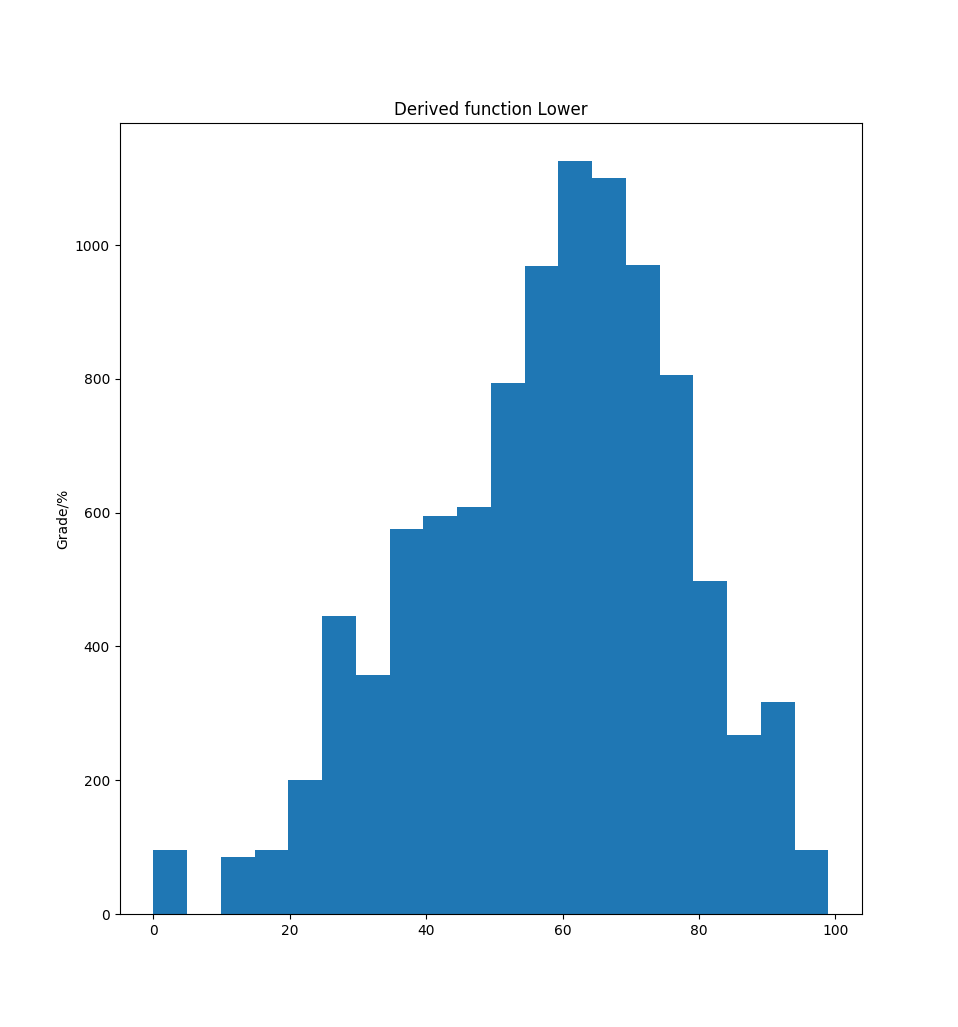 For privacy reasons there is very little info on the performance of individual students, only global statistics. This makes it tricky to simulate the grades of one student. Students don’t perform randomly on a global scale, taking one student the standard deviation of their grades is going to be much lower than the overall deviation of the population.

Randomly selecting a percentage representing how they perform on average and then varying within a small range close to that score works quite well and matches the real statistics very closely.

The next step is to run a full Monte Carlo simulation of a leaving cert year, and then to take each students results and calculate their points on the new and old system 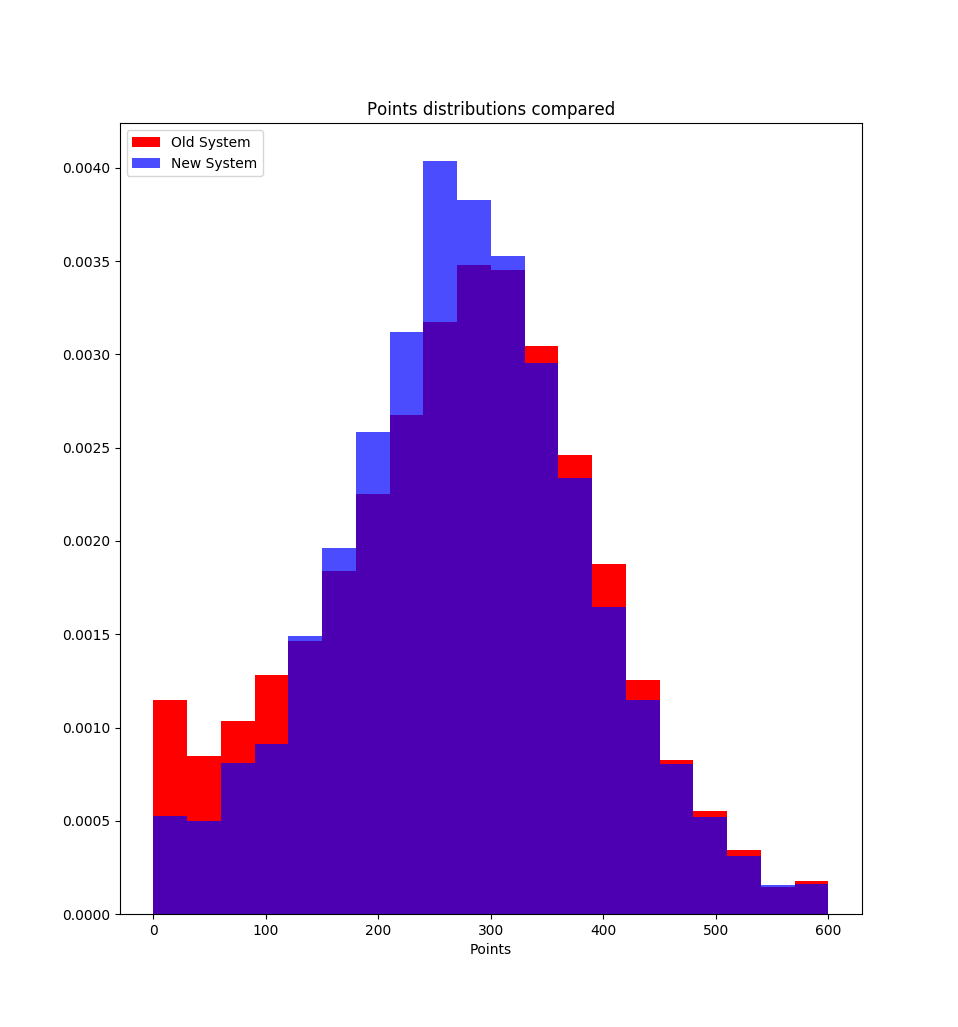 The immediate stand out feature is the reduction in low points, this is presumably due to the points receivable for getting between 30 and 40% now.

The overall picture seems to be a reduction to the mean

Adding in a check to the code to track the difference between each students score between years reveals some initially shocking stats.

The largest increase from old to new system is 222 points for one student, over one third of all points available, and the largest drop recorded is 24 points

The 222 point increase seems way too large, but if you print the actual grade distribution you’ll see that its a student scoring 30-40% in all 6 higher level exams, meaning on the old system they would score 0 points, but on the new system they get 222.

The new system is not a drastic change from the old, and comes with advantages and disadvantages. Reducing and regularising the bands makes it easier to tell what band you are in, but they have made the points more difficult to calculate by picking multiples of 11 for each band

The new system appears to reward failure by allowing for points for students getting 30-40%, although coupled with the reduced lower level points it could be argued that it’s encouraging the adoption of higher level exams